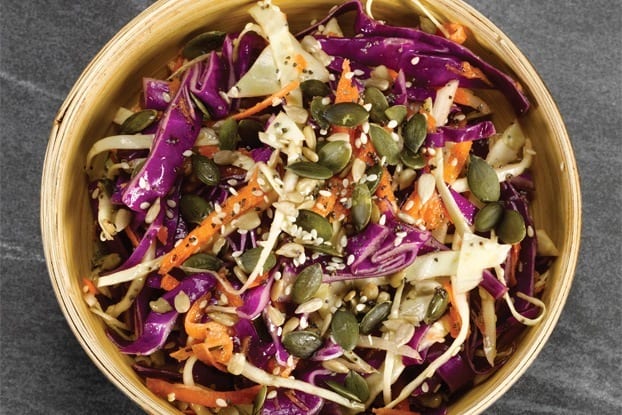 Our first ‘Guest Blog’ is written by Jane Hughes (Secretary of the Guild of Food Writers and Editor of The Vegetarian magazine amongst other things). Celebrating the launch of her new book ‘The Adventurous Vegetarian’, she talks about food, wine, her book and includes a wonderful recipe from N.Zealand, for which she has matched two of our wines.

With Christmas coming there’s also a great offer for you to buy her new book, published by the New Internationalist, click here and quote VEG40 at the checkout.

Not many people realize that vegetarians have to be careful when selecting wines, and the news often comes as a surprise to chefs and restaurateurs. Our labeling laws don’t help – if more wines were labeled as suitable for vegetarians, it might prompt people to wonder what exactly is in the wines that are not suitable. So it’s great to find a wine company that fully understands the issues. Vintage Roots takes pride in getting it right for vegetarians and vegans, and the lists and catalogues they produce include detailed information about why some wines are unsuitable, as well as highlighting the fact that ‘organic’ does not necessarily mean ‘vegetarian’.

For the record, the problem lies in the way that wine is cleared. Fining products can include isinglass (a fish product), gelatine, casein (from milk) and egg albumen, making some wines unsuitable for vegans, and others unsuitable for vegetarians. Without labeling, it’s almost impossible to know what has been used, without going directly to the manufacturer – and re-checking every year. Thankfully, Vintage Roots does that job for its customers, creating a really trustworthy list of great organic wines, clearly labeled.

The other interesting stumbling block for vegetarians is how to pair food and wine. Red for red meat, white for chicken and fish doesn’t work when there is no meat or fish on the plate! If a dish actually contains wine (or beer, or cider) then finding a suitable accompaniment is relatively straightforward. There are some vegetarian dishes that have a kind of ‘meaty’ character – like a rich, chunky mushroom casserole or a pie with puy lentils and tomatoes – where a red wine seems to fit the bill. Lighter dishes, salads and fruity dishes seem to call for a crisp white wine. But there are no rules.

For me, one of the most interesting things about vegetarian cuisine is that it knows no boundaries. Vegetarian food is continually being invented and vegetarians are shameless about stealing ideas from anywhere and everywhere – so vegetarian food might also be Mexican food, Thai food, Italian or Indian or African. Almost by definition, vegetarians are not afraid of trying new foods, and although we draw the line at eating animals, we enjoy a diet that has no limits in terms of flavour.

My new book, The Adventurous Vegetarian, makes exactly this point, by presenting complete menu plans from thirty different countries, including Ethiopia, Brazil, Botswana and Belgium. Many of the dishes were contributed by vegetarian and vegan campaigners. When I received the menu ideas from New Zealand, I was a little disappointed. A shepherd’s pie seemed rather dull compared to some of the exotic suggestions coming from other parts of the globe. What I hadn’t realized was that ‘Kwisine Kiwiana’ was hugely influenced by the British Victorians who were the first to settle in the islands, and until air travel became widespread and affordable, few other culinary influences made it as far as New Zealand. What looks like old-fashioned British food is actually very standard NZ fare. But look a little more closely at these recipes, and you’ll spot some more recent influences – cumin in the salad, and sweet chilli sauce in the mash – tell-tale signs of the effect that people arriving from Asia and India have had on the country’s culinary repertoire. 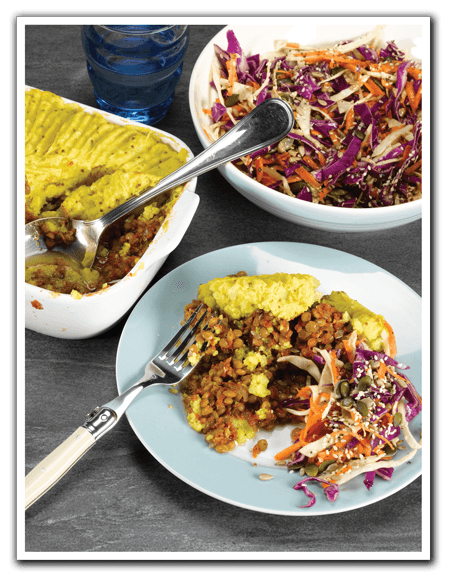 Choosing a wine that will stand up to a spicy dish is always challenging. These dishes from New Zealand were doubly tricky because as well as some chilli heat, they are subtly flavoured. The salad is packed with earthy fresh parsley, zingy lemon and garlic, and the pie mixes sage and tomato with wholegrain mustard and turmeric along with the sweetness of the chilli sauce. Served together, the salad is a great counterpoint to the pie, providing crisp texture from fresh vegetables and crunchy seeds. Pairing the dishes would seem to make it even more tricky to find a wine that would work – but in the end, it was quite straightforward. I knew that I was looking for a red wine, because of the way that the pie makes use of brown lentils to almost mimic minced meat. I knew that it had to be a robust wine, to ride out the chilli heat, but not something so crazily characterful as to trample the other more subtle flavours in the food. Looking at wines from New Zealand seemed the sensible way forward, and this can be a useful rule of thumb when looking for accompaniments for other vegetarian dishes – Italian wines with pasta, French wines with wild mushrooms and pungent cheeses, Indian beers with curries, and so on…but it shouldn’t turn into a rule that excludes the rest of the world’s offerings! Turning to the Vintage Roots list, I found two reds which seemed to fit particularly well.

I hope you’ll enjoy pairing these characterful reds with this satisfying winter warmer of a pie. Both these recipes appear in The Adventurous Vegetarian, my book published this year by New Internationalist.

Method
Preheat the oven to 150C/300F.
Cook the lentils in the water for around 30 minutes or until soft. Drain, if there is any water left. Transfer the lentils to a mixing bowl and mix with the remaining base ingredients.
In another bowl, mix all topping ingredients together.
Put the base mixture into a shallow oven-proof dish, smooth out and top with the potato mixture. Bake for 30 minutes until browning and crisp.

Combine the dressing ingredients and mix thoroughly. Put the prepared vegetables, seeds and herbs into a large bowl, toss with the dressing and serve right away. 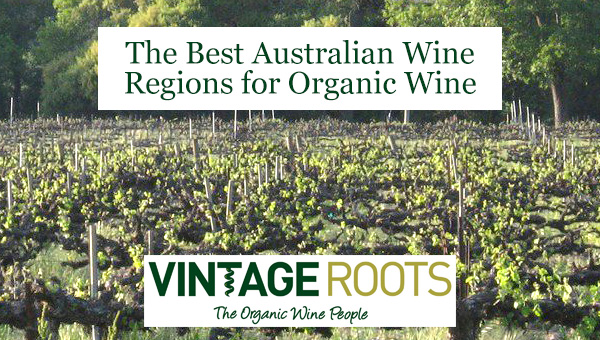 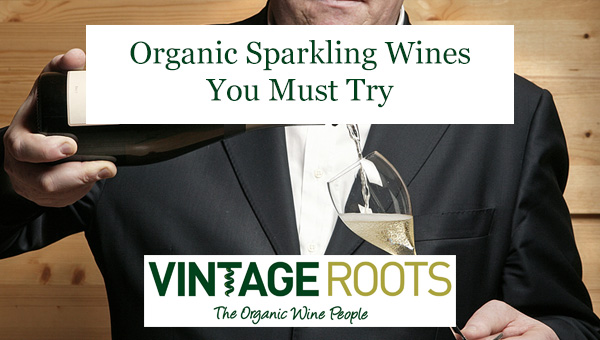