I’ll Toast To That

Oak barrel use in wine production dates back to the imperial Roman times but it wasn’t until the early 1500’s  that modern barrel sizes and dimensions became standardised. Originally used as storage vessels they have now become a vital tool in the wine makers armoury and are used for both maturation and fermentation of quality wines around the globe. 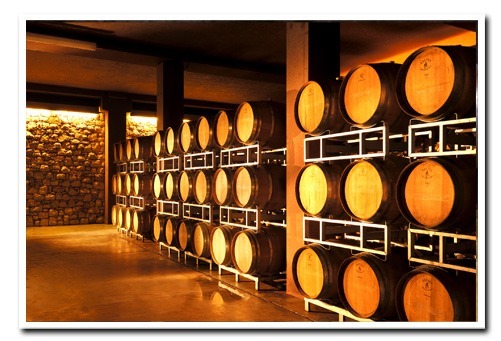 White oak (Quercus) is widely grown throughout Europe and North America and whether it’s Sessilis or Alba that you prefer the barrel is usually named after the country, region, political district or the forest that it originates from for example Nevers or Troncais in France. A new wave of winemakers are now sourcing oak barrels from less traditional countries such as Romania, Hungary and Slovenia.

The age of the trees felled for barrel production on average are somewhere between 100-150 yrs old and they must grow very tall and straight to be suitable and the wood produced must be straight grained, have strength and resilience. Once harvested the wood is either air or kiln dried for a minimum of 3 years.

After seasoning the staves are traditionally toasted over an open fire which not only makes them more pliable for shaping into a barrel but which can add complexity and toasted aromas and flavours to the wine. The temperature and duration of the heat will dictate whether the barrel is light, medium or heavily toasted. 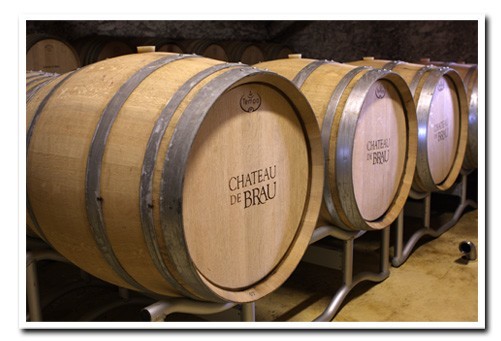 What are the benefits of barrel fermentation or maturation? Because of the large surface area to volume ratio a large proportion of the wine is in contact with the wood (this decreases as the barrel size increases) which not only adds complexity but which allows a small amount of oxygen ingress which can be beneficial to both white and red wines. Champagne Fleury age their reserve wines for use in their non vintage house style Blanc de Noirs (AFZ03) in 6000 litre Foudres to give their Champagne a more aged and complex biscuity style.

Did you know that between 4-10 litres of wine can be lost per year from evaporation through either the pores or the bung of the barrel.

Let’s not forget about the cost. A top quality French oak barrique (225 litres) at current rates will set you back €600 which adds another €2 to your bottle of wine. American oak is cheaper at around €350 per barrel. Thankfully barrels are used more than once and commonly for at least three years, after which they can be utilised and recycled in various ways. The Scottish Whisky industry frequently uses wine barrels to age their single malts in. Our very own London & Scottish will be releasing a Sauternes cask conditioned single malt in the near future. 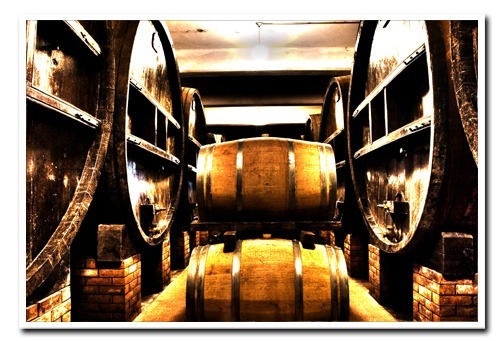 Here are a few examples of barrel sizes commonly used around the world today:

The chances are that if you buy a wine below £5 that has oak aromas and flavours it probably hasn’t even kissed a barrel but has come into contact with an alternative such as oak chips, shavings or even oak extract or powdered oak flour which is added during fermentation. In Organic wine production oak chips and shavings are permitted.

White wines generally possessing less flavour can be overpowered by oak and so it is important that the winemaker matches the grape variety, body and weight of the wine to the amount of time spent in barrel and whether to use new oak or a mixture of used and new. Premium white wines generally spend between 3 and 6 months in oak whereas premium reds such as top Bordeaux’s can spend as long as 24 months.
Biodynamic pioneer James Millton from Gisborne New Zealand ferments and ages his flagship Te Arai Chenin Blanc 2010 (CNZ01) in French demi-muids of 600 litres. His delicious wine matures gracefully over time and without any obtrusion of dominant oak tannins.

New and smaller barrels impart more obvious vanilla & caramel flavours whereas larger oak is sometimes only used to store the wine and to add more oxidative complex nuances. The ideal is a proportion of new and used barrels and blending wine from different barrels before bottling helps generate a uniform oak character in the wine. Sting’s Tuscan wine Casino delle Vie 2009 (EIJ19) spends 12 months in only used French barriques which impart a small amount of oak flavour but which help evolve the grape tannins of his Sangiovese, Cabernet Sauvignon, Cabernet Franc and Merlot.

Many of us have encountered an over-oaked white in the past which tastes as though you have swallowed a large plank. Thankfully winemakers today have a much better understanding of how to use oak effectively and used sparingly and matched to the vintage, grape variety and wine style it can enhance our enjoyment and pleasure of this wonderful vinous liquid.

I will most certainly toast and drink to that.