The Success of Stroud Brewery

At Stroud Brewery we are passionate about many things – malt, hops and quality beer – but they are also deeply committed to sustainable development, as part of their local community, to protecting the environment, and as a small independent business. 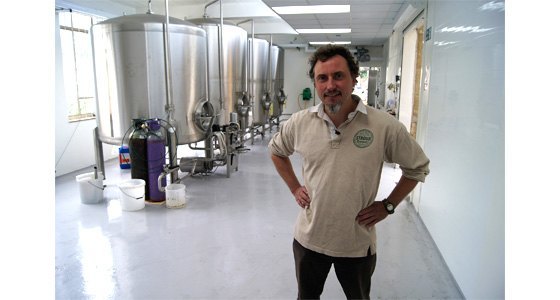 Brewing a local beer is one thing, but brewing it using locally grown barley really sets it apart. Cotswolds farmers produce some of the highest quality malting barleys in the UK. Our brewery together with Warminster are the links in the chain that connect drinkers with their local farms and the characteristic landscape they create.

I’m passionate about our business ethics too, you will never see Stroud Brewery beers carried by a national supermarket chain. We believe that supermarkets with remote shareholders have primarily an economic interest which draw on social and environmental capital. 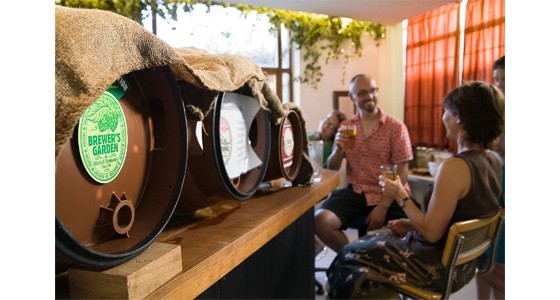 Putting our beers in a supermarket would devalue our product. Its not simply about cost, our market is about drinkers that want to know our ‘story’ and recognise the real value of our beers. Beers that are produced in small batches with Cotswold grown organic Maris Otter barley and where there is a genuine relationship between us and our suppliers and customers.

In 2011 we were lucky enough to receive 50% funding towards the expansion of our brewery, with an EU grant managed by Defra. We qualified because of our commitment to using locally grown barley. The new brewery increased our brewing capacity fourfold, and it now even has a small bar and shop. 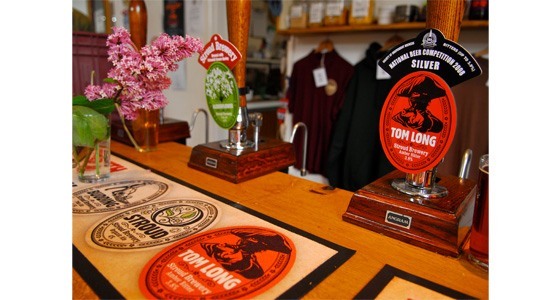 How it all began

I can trace my interest in brewing back to my childhood. My father was an engineer and we were dragged around the world, moving from one school to the next. In an expat community our social life revolved around the barbecue – and beer.

I spent time working in Nigeria managing a Wildlife Conservation Project, with the VSO (Voluntary Services Overseas) and was again taken by how all threads of life are linked by the social exchange over a beer. I had this great idea of writing a book, Brews of Africa, about the role of alcohol in traditional Africa and successfully pitched the idea to Guinness.

I spent 5 years researching traditional brews of Africa. On return to the UK, having some farming background i became interested in setting up a vegetable box scheme, and ended up working for the Soil Association in their local food team (who promote organic food and farming) writing a technical guide on how to set them up. This work brought me to Stroud and i never left, getting involved in Stroud Community Agriculture – a community owned farming enterprise.

One day whilst weeding and chatting to my friend Andy we started to think about how good it would be if Stroud had its own brewery again. I became obsessed by the idea, and was determined to make it happen.
Three years later, i opened Stroud Brewery. I raised the needed £13,000 through a local loan scheme, with Stroud people investing in the business.

The original Stroud Brewery shut in 1969. I thought a long time about whether to use the same name. I was worried about criticisms, but the strength of the brewery is its local identity and I wanted to champion the town and the Cotswolds. It was the best decision I could have made.

My first brew, ‘Budding’ – is named after Edwin Beard Budding of Thrupp, Stroud, who invented the lawnmower in 1830 – and was named Champion Beer of Gloucestershire by Gloucestershire Campaign for Real ales. That gave me the confidence that we had a great product, making it a lot easier to pick up the phone and talk to our local landlords about beer supply.
I’m very pleased to be working with Vintage Roots, who have such an excellent reputation as suppliers of the best organic beers, wines and other organic drinks. They’ve put together a great mix of my beers in The Stroud Beer Showcase and I’ve written a little on each below

Budding is Stroud breweries flagship ale, celebrating Edwin Budding the inventor of the lawnmower, which were first manufactured on the same site as the brewery. This beer has a beautifully balanced bitter sweet character with a grassy bitterness and floral aroma.

Tom Long was reputedly a Stroud highwayman and like Tom, this beer ‘stands and delivers’! An amber bitter with an orangey hop character.

The Soil Association Organic Food and Drink winner in the Beer and Cider category in both 2012 and 13. This stout is not as dry as some, and has a lovely complex roastyness. The brewers hand roast a portion of the malt.

This bottle conditioned beer is a rich ruby coloured porter its character stemming from a good portion of chocolate malt. Not real chocolate.. but malt toasted to a dark chocolate and giving similar characteristics.

This is rather special, a celebration of the Maris Otter barley variety. Stroud Brewery has sourced the only available organically grown Maris Otter, regarded as the queen of brewing barleys, and packed lots of it into this 7.5% single malt single hopped ale. This was awarded joint winner in the 2012 Organic Food and Drink Awards. A limited edition brew with great keeping qualities.

In a departure from the norm Stroud Brewery has created a real craft lager. Brewed with organic Maris Otter malt, lager yeast and hops.