Whilst it is very encouraging to see a growing number of vine-growers and winemakers who are adopting ecologically & sustainably sound working practices, both in the vineyard and in the winery, the consumer can only have complete assurance that a wine is fully organic or biodynamic if the producer can show official certification. Farming of any sort is never simply black or white, between  ‘chemical’ farming, and the wholly organic way. There inevitably are all shades of grey in between, and there will sometimes be organic producers who choose not to get certified. At Vintage Roots we believe that certification is the key to providing assurances to our customers concerning the complete ecological integrity of all wines in our portfolio.  Being certified organic is however no guarantee of quality, and that is why the very experienced Vintage Roots tasting team taste thousands of wines yearly, and select with great care and thought. 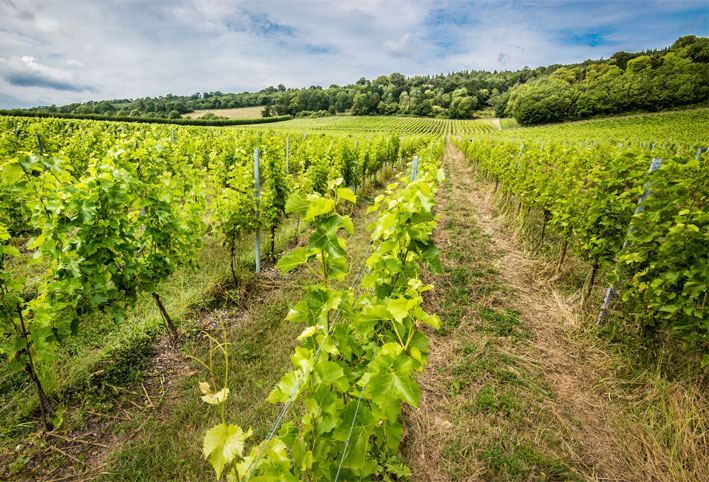 What is organic production?

Organic winegrowers strive to co-operate with nature. No synthetic chemical fertilisers, pesticides, or herbicides are permitted in the vineyard. Instead, organic grape and wine producers rely upon understanding and working with ecological processes and naturally derived products. Organic management seeks to maintain and nurture soils and subsequently vines through proactive management. The goals are to create a thriving, living vineyard landscape, and to support the health of both producers and consumers. The beginning of any true and great wine after all, is always in the vineyard. Healthy, balanced and flavoursome grapes can build wines with an authentic expression of the land where they are grown.

All certified organic and biodynamic producers must pass annual audits to ensure compliance with international organic standards. Growers must adhere to organic methods for three years before attaining full certification. In the lead up to being fully certified, wines are produced and labelled as ‘in conversion’. Gaining certification is therefore commitment to the long term. 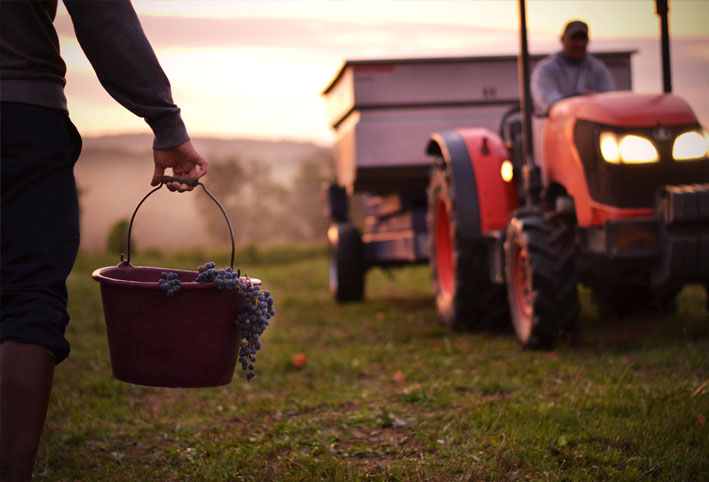 The history of organic viticulture began with organic farming between the two world wars. Several movements emerged from this period. The biodynamic movement was born in Germany with Rudolf Steiner in 1927 and became the first to develop a brand “Demeter” (biodynamics) certifying the origin of its products. It boasts a broad understanding of human nature and life. The second source was the organic farming model created in Britain by agronomist Albert Howard in the 1940s which promoted composting and use of fertilizers made from renewable resources.

Organic farming really took off following the like-minded determination and inspiration of Professors Raoul Lemaire and Jean Boucher, creator of AFAB (French Association of Organic Agriculture), on June 23, 1963. The two men met at a time when France was in full crisis with bovine tuberculosis. The moment was right. An agricultural approach without fertilizer or synthetic chemical treatments was born – the “Méthode Lemaire – Boucher ” – based on the application of a preparation of marine algae (lithothamne).

On March 14, 1964 a Franco/Belgian action group comprising farmworkers, consumers, doctors, agronomists and nutritionists formed an association for the development of French & Belgian agrobiology and a journal of the same name: Nature & Progrès .

Today, Nature et Progrès still operates with its own private organic standard and its own certification procedures (involving peer review). The aim of the initiative is to grant an organic quality guarantee on the basis of its 15 different production standards (vegetable, livestock, cosmetics, wine, beer, etc.) and of its own Ethical Charter, defined through a participatory approach by its members.

In the UK – it was the Soil Association that formed in 1946 with just a single farm, with a certification scheme being launched in 1973. It now certifies some 70% of all UK organic produced food and drink

Following the initial efforts of these pioneers of organic agriculture, the need was recognised for a certain degree of official organisation, hence organic farming associations were founded. Starting in the 1980s, organic viticulture began to be subjected to a variety of documented rules of vine cultivation by the different associations.

The German Organic Winemaking Association for example, Ecovin, was founded in 1985. It agreed to unify national guidelines for Germany. At that time, these already embraced the entire production cycle from grape growing to cellar management.

Since 1992 there have been uniform Europe-wide regulations for organically grown grapes which regulate matters including the use of plant protection substances as well as fertilisers and establish the necessary working practices.

Government-accredited certification bodies conduct independent quality audits and certify those growers that can prove that they meet the necessary criteria. Additionally, the associations also audit & certify their own members. Since 2012 there have been Europe-wide regulations for cellar management and winemaking, these too are audited, permitting the term ‘organic wine’ to be applied to labels. Included in these winemaking regulations was a lowered limit of sulphites present in the finished wine. Certification provides the consumer with assurances that all the allowable practices have been adhered to. Before 2012 it was just the growing of the grapes that was regulated, and ‘wines made from organically grown grapes’ was what you would have seen on the label.

A great many winemakers have begun to recognise that a wine’s most authentic expression can only be achieved by using organic and biodynamic grape-growing methods and have begun to convert their businesses to an ecologically focused regime. It also makes good business sense, as it guarantees the long-term health of the soil, and what is grown in it. This trend is substantiated by the significant growth, in percentage terms, of the cultivated hectarage of organic vines across all of Europe’s winemaking regions. In most countries this still runs at less than 10% though. 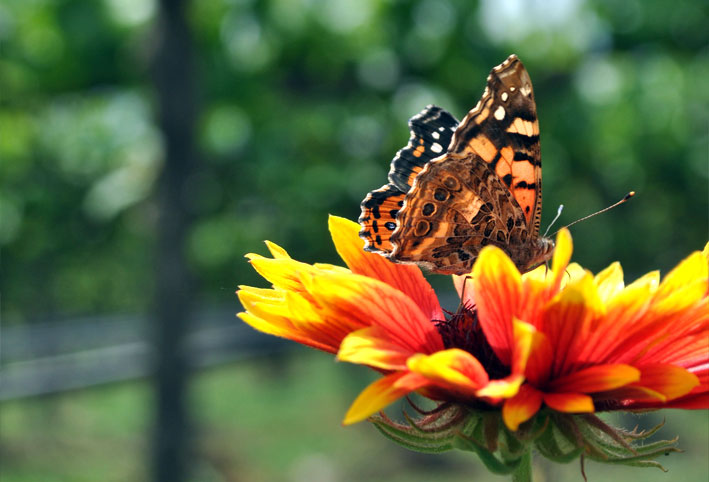 Some of the reputable Third Party Organic Certification Companies include:

ECOCERT is a  reputable organic certification company in France, formed in 1991. Their certification process is subjected to supervision through the French Accreditation Committee (FAC). They have inspectors working in over 80 countries.

ARGENCERT is a highly credible and internationally accepted Argentine organic certification company. They are founded on reliability and transparency and are well known for both.

Founded in 1982 but not known officially as “AIAB” until six years later, this Italian organic certification company promotes organic through certification and community ties.

A New Zealand based organic certification company; they certify organic wines as well as other organic agriculture and textiles as well.

The Soil Association was formed in 1946 to create a better world – one where we farm responsibly, eat healthily and live in balance with the environment.

It is the certification process and organic standards that empower consumers to trust organic brands. Only when the necessary organic requirements of a particular certification company have been met does a producer receive certification.

Research has shown that the majority of people are likely to pay more for organic products in order to preserve the environment, and protect their own health, but they also want to be assured of better traceability of the products. The organic ‘badge’ should not be used purely for marketing hype, or for the merchant or producer to gain extra margin. The costs involved are real, and not subsidised by chemicals, whose clean up costs are paid by all of us. With wine, above the ‘house’ wine type of price, there is often really good, sometimes unbeatable value for money to be had. For Vintage Roots it is all about ‘making the organic case’, through the quality of the wine.

As we have seen, certification is voluntary and can be undertaken with numerous organisations (e.g. Ecocert) whose logos will appear prominently on the bottles of any approved wine. It is an intense and lengthy process that offers consumers a guarantee of the wine’s organic authenticity.