A Guide to the Best French Wine Regions

When people think of world-class wines, immediately France comes to mind. France is one of the oldest wine-producing countries in the world, with some of the best and most expensive bottles of wine produced in some of the many French wine regions.

Save for five small regions on the northern coast of France, every region in the country produces wines or spirits of some sort. There are ten main regions of wine in the country, with smaller regions in each area. Each is known for its amazing quality of red wines, white wines, sparkling wines, fortified wines, or spirits – which is why France has long been synonymous with amazing wines.

But which wines are “the best“? Which of the French wine regions produce the best or the most wine? Here is everything you need to know about the best wine regions in France: 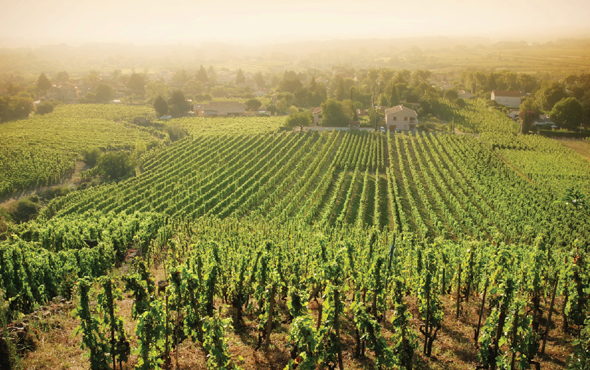 Look on a French wine regions map, and you’ll find Bordeaux in the southwest of France – right along the Atlantic Coast.

Bordeaux is one of the three most famous French wine regions, and one of the main reasons is its location on the Gironde estuary, giving easy access to the Atlantic. This meant the wines could be easily exported to Britain, Belgium and the Netherlands. Most of the vineyards are centered around the city of Bordeaux, along the Dordogne and Garonne Rivers. The vineyards cover over 100 kilometers of land, most of which was once flooded marshland, but was lucratively drained by the Dutch in the 17th Century.

The wines of Bordeaux have a dark red color – from deep ruby to near-black. The Left Bank wines (from grapes grown along the left bank of the Gironne River) tend to be predominantly Cabernet Sauvignon blended with Merlot and other grapes. When they age, the fruit flavours are replaced by tobacco leaf, smoke, leather, tar, truffle, and earthier aromas and flavours.

The Right Bank wines (from grapes grown in the Libournais area) are mainly Merlot-based and have heavier fruit scents and flavors, with the taste of plum, cassis, vanilla, and dark cherry. Left Bank wines tend to be more austere and structured, and Right Bank wines softer and juicier in comparison.

More than 7,375 wineries exist in Bordeaux today, producing more than 10,000 types of Bordeaux wine. More than 2 billion Euros’ worth of wine is produced every year, totaling roughly 450 million bottles. There are fewer than 400 organic estates in Bordeaux, but the number is increasing every year.

Burgundy is located in the eastern reaches of the French wine region map, and is one of the three most famous wine-producing regions. It stretches from Chablis and Auxerre in the North to Macon and Beaujolais in the south, with the most highly prized wines coming from the Cote de Nuits (mainly red) and Cote de Beaune (mainly white) in the middle.

Equally famous for red and white wines, the delicate, ethereal reds are made from Pinot Noir, while the rich, flavoursome whites are made from Chardonnay. Beaujolais is the main exception, with reds being made from the Gamay grape.

Burgundy’s wine-making culture dates back to the 1300s, where the first wine makers were actually monks. The word “burgundian” has coined as a term to describe an excellent wine region and the high-quality taste of its wines.

The flavors of Burgundy wines are described as “earthy”, with a mineral taste of flint, tea leaves, or truffles. 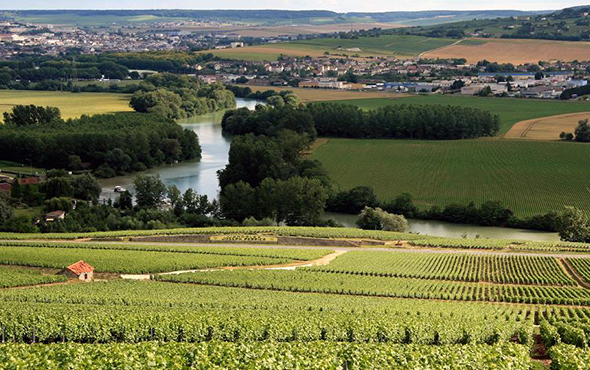 When you think of “champagne”, you immediately think of sparkling white and rosé wines that are perfect for any celebration. Well, that’s exactly right! In fact, the only “champagne” in the world comes from the French wine region of Champagne – everything else is “sparkling wine”.

Champagne is famous for its sparkling wines, which requires a second fermentation of the wine in order to create carbonation. The region has very strict practices that all vineyards must adhere to, and grapes must be sourced from specific regions in Champagne. These rules and restrictions have contributed to making Champagne one of the three most prosperous wine regions in France.

Most Burgundy vineyards are along the ‘Cote d’Or’, a long ridge running North to South through the region. The best vineyards are usually near the top of slope, with a south-easterly aspect to maximize exposure to the sun. 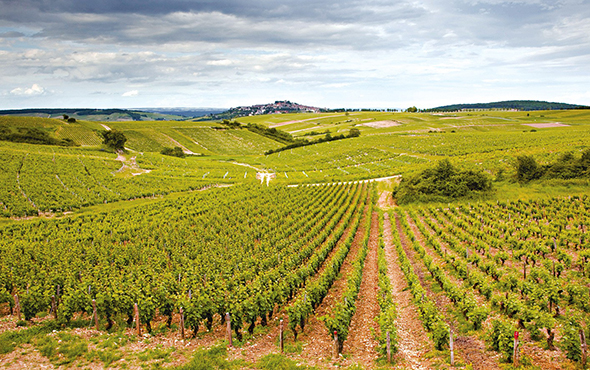 Look on any French wine region map, and you’ll find the Loire Valley in the northwest region of France. While the Loire Valley is large, it only produces a small quantity of top-quality wines. It is famous mainly for its whites, and pale reds, but also makes sparkling, rose and white wines at all sweetness levels from bone dry to fully sweet dessert wines.

However, what makes this region special is the fact that it is the second largest producer of sparkling wine in France (after Champagne).

Sauvignon Blanc comes from the Loire Valley, and it is famous for its “green”, herbal flavors. The Chenin Blanc from the Loire is highly versatile, with flavors ranging from sweet to dry to sparkling.

Winemaking in this region dates as far back as the 1st Century B.C., and there are over 750 square kilometers (185,000 acres) of wine country here. The continental climate makes it easier for grapes to grow and ripen. 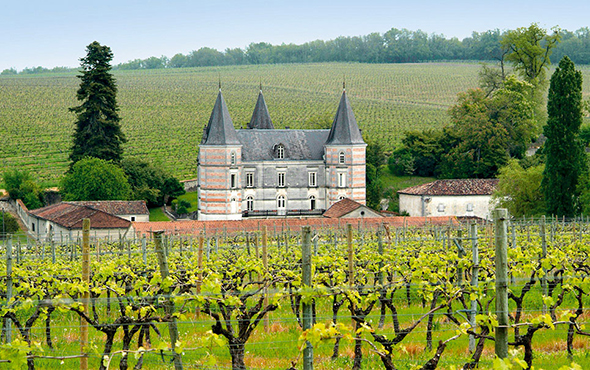 Few people realize that Cognac is a major wine-producing region! The alcohol Cognac is actually made from wine, which is where most of the wine produced in Cognac goes to.

Cognac was discovered by accident in the 16th century, when wine being shipped down the River Charente was damaged by rain and moisture. The shippers would turn the wine into a sort of brandy (from the Dutch word “brandewijn” or “burnt wine”), which eventually became the primary production of the Cognac region. Only cognac produced in this region is labeled Cognac – everything else is labeled brandy.

Here are a few more wine regions worth your time:

If you are looking for the best wines in France, search for wines from these regions. They are considered some of the best in the world!

Vintageroots has a wide selection of French wines, including many from these parts of the country. Visit our online wine cellar and check out our catalogue to find the wine that suits you best.

One thought on “A Guide to the Best French Wine Regions”