Minerality in wine… the 101

We wine folk love a good masterclass. As common as quartz in granite, tasting professionals, buyers, marketeers pack out seminar rooms in a bid to understand why minerality has become such a big thing for the wine trade.

Almost every introduction to a discussion on minerality begins with an emphasis of the newness of the term in wine speak. We all know that in the renowned, The Taste of Wine by Emile Peynaud, first published in the 1980s, minerality did not appear once. 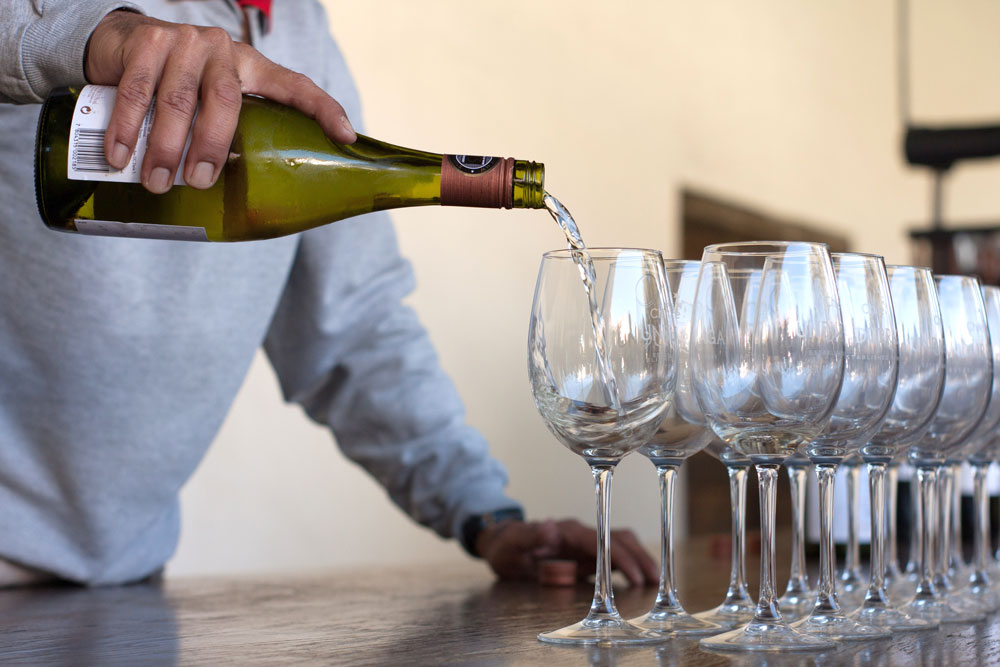 It seems likely that journalists and those in the business of selling wine adopted the term as public awareness in the relationship between soils and the wine’s character, grew. Imagine a review that talks about “the sandy soils lend a fragrant, mineral quality to the fruit”; this makes a direct link between soil composition and the wine’s personality.

Not so long ago, wine writer and scientist, Jamie Goode hooked up with wine buyer, Steve Daniel to talk mineral. It was a wide ranging presentation and not always the easiest to follow but it gave me one of the best quotes on minerality I’ve heard: “minerality is the perception of the rocks in the soil by the palate”, said by Lydia Bourguignon who is a soil microbiologist and wine consultant.

Does minerality come from the vineyard?

The observant will have spotted that I’ve put the word perception in italics when I quoted Bourguignon.

As the use of the term minerality has increased, so too has the voice of scientists in telling us that minerals cannot be smelt. Minerals do not vaporise and so low is their presence in wine that it would be impossible for them to be identified.

Professor Alex Maltman writes, “Rocks have no taste. Any stone surface exposed to the air will soon be filmed with all manner of bacteria, algae, moulds, lipids and the like, which are all around us and which produce highly aromatic vapours when warmed on a sunny day or wetted in a shower of rain”, www.decanter.com

And yet, soils are core to a wine’s taste. Claude Bourguignon who when interviewed in 2014 whilst working in French Cahors said, “the longer the roots, the more minerals are extracted from the limestone. As the limestone originated from sea this can be felt in the wine as a kind of salty finish… minerality is an imprint of the soil but it is impossible to measure… it is empirical, not scientific… we feel it in the taste of the wine in the mouth. We have tried so many wines made from vines from horizontal roots, where the roots stop at the surface due to herbicides and fertilizers. With those wines, you cannot distinguish between different terroirs.” 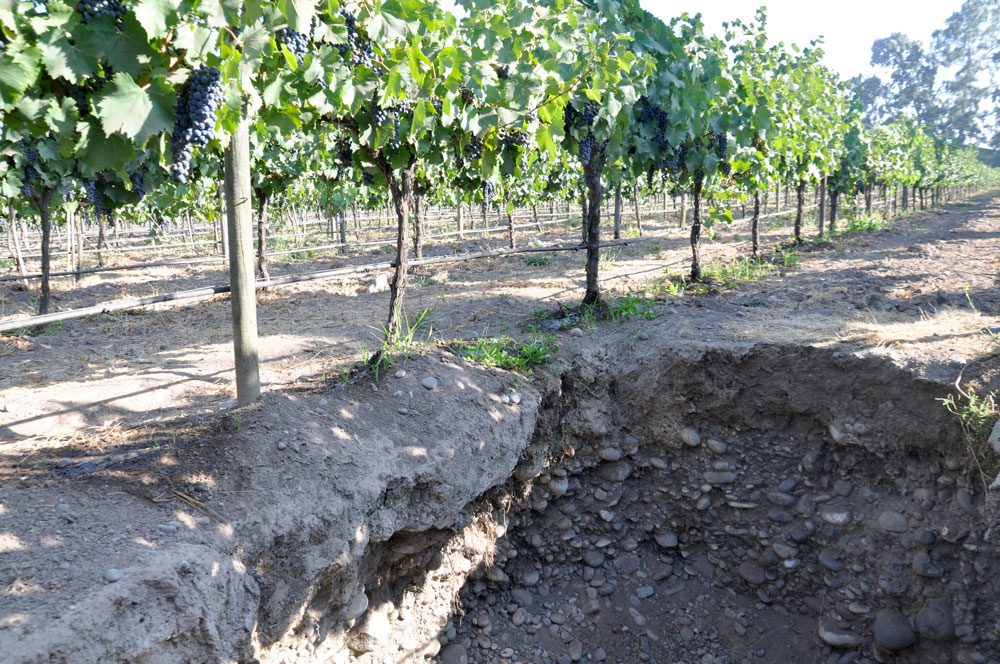 What this all leads me to think is that whilst we may not be able to taste minerality we can certainly identify traits that give us a sense of origin and thereby make a link to the mineral composition of the soil type.

It is also worth bearing in mind that there are terms which now fall under the ‘mineral’ banner. Wander round any professional tasting room and you’ll hear terms like ‘flint’, ‘earthy’, ‘chalk’, ‘saline’… Where do these terms come from?

If a soil is low in nitrogen then the yeasts are more likely to metabolise with more sulphuric compounds which might lead to those ‘flinty’ aromatics. Water stress will also impact flavour and can lead to more mineral-like qualities.

So I return to this idea of perception. Minerals are odourless, that is a fact. However, smells are an important part of our sensory lives. As individuals we can probably all bring to mind the smells that come when you strike a match to light the fire, sea air, a walk at a river’s edge after fresh rain… When we smell wine we are looking for a way to convey a wine’s qualities and these perceived aromas are an important part of that.

Are some wines more likely to be mineral than others?

In 2015 Excell Ibérica and Outlook Wine published a study, ‘Minerality in Wines’ . The two-year-long study was another to show that the chemical composition of wines and their perception as mineral, bore no relation to the minerals in the vineyards soil.

They found that chemical compounds from metabolism of the vine, fermentation and the vinification process, all played a part in the wine’s so-called minerality. When it came to human analysis; smelling and tasting, the study identified certain grapes as being more likely to be described as mineral.

Reading around the subject, it is also clear that we imagine wines to be mineral before we have even tasted them! A great example of this would be Chablis. So long have the winemakers here been talking about their Kimmeridgean soils that it’s almost impossible not to pick up a glass of sense the oyster fossils! Visit www.chablis-wines.com and you will read, “it is in this very particular subsoil, which in places breaks the surface, that the wines of Chablis draw their unique character, their purity, their sophistication and minerality”. 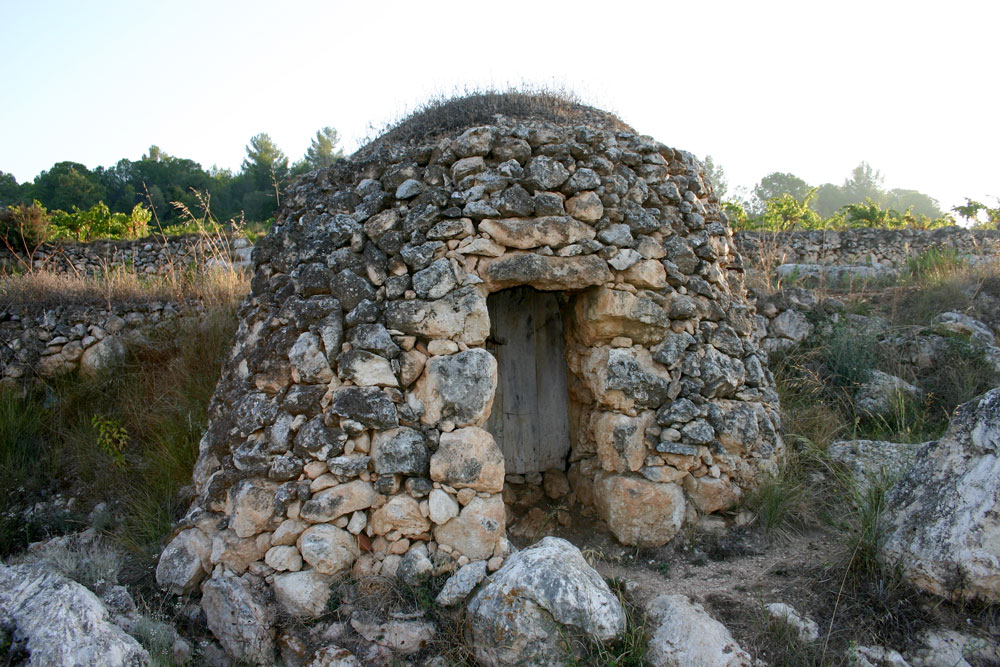 Oh, and do not fall into the trap of thinking minerality is only for white wines. Sarah Jane Evans MW wrote, “Some argue that it [minerality] only applies to white wines, but anyone who has tasted a Priorat from the area’s llicorella (slate) soils will know it also occurs in reds.”

In the last year the winemakers of Alsace came to London and gave a tasting entitled, “The Rock Stars”! No hiding here – this is another region that makes a strong correlation between its complex and varying terroirs and the individual wine styles.

Furthermore, the lesser-known producers of Romagna in Italy were also in the UK not so long ago to bring their wines to our attention. The presentation focused on soil types and the correlation with wine styles. Modigliana was identified as a prime area due to its clay, marl and sandstone soils. Across a small flight of wines, ‘earthy’ appeared repeatedly in my tasting notes. Mineral wines? I would have said so!

Exploring minerality in wines for yourself…

In Goode and Daniel’s recent presentation Goode said, “… people assume that, when we’re talking about a mineral taste in wine, we’re being literal, yet if we talk about a wine being leathery or having cherries in it, then we’re not literally saying that the wine has cherries or leather in it, so why can’t we use minerality as a sort of picture language?”

Quite! And we all have our own language and it is up to you to decide if you sense minerality in your wines.

If you want to go mining (so to speak) for mineral qualities in your wines, then we think our range of organic and biodynamic wines is the ideal place to start. We believe the viticultural practices used by our producers supports fertile soils that gives the vines access to all the elements, minerals included that they need. In healthy soils, the roots absorb minerals in their sap, depending on their individual needs. This means healthier, fruit. In non-organic viticulture, things like excessive soil compaction and herbicides kills the microorganisms and the vines struggle to feed themselves… So, if it’s minerals you are after – look no further than organics! 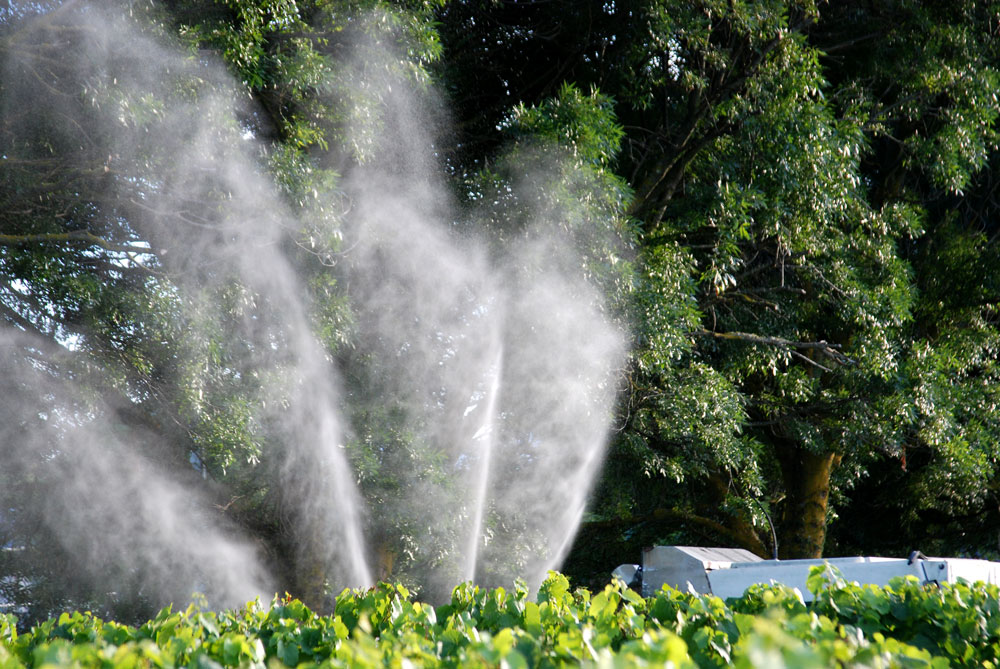 All of our wines tell a story of the vineyards they’re from but taking inspiration from the research of Excell Ibérica and Outlook Wine’s research and their most mineral varieties, here are some ideas to get you started:

Bodegas Corsica Albariño has a lovely scent of saline and sea air. Close your eyes and you can almost see the Atlantic waves!

This unique organic Albariño is excitement in a glass. Delicious.

New to the Vintage Roots range, Les Quarterons St Nicolas de Bourgueil has vivid, fresh cabernet franc fruit. Minerality is often aligned with freshness and this red has it by the ladle-full!

Domaine Bousquet has long been impressing us with his varietally strong wines. We describe his Cabernet Sauvignon as having a distinctive mineral quality and we wonder if you’ll think so too.

Another example of Bousquet’s great talent at bringing out the natural style of the grape.

We can’t not put a Chablis in the mix! With benchmark flinty green fruit, Domaine Goulley’s fabulous Chablis is a winner.

Has the hallmark flinty quality that makes Chablis so famous

Top-quality wine crafted from only the best parcels of Chenin grapes at the Stellar estate. Double Gold – Michelangelo Awards 2018

Nebbiolo is one – of not the – finest red grape of Italy and is the grape of Barolo. We have a lovely 2013 from Erbaluna that comes from fruit grown in the Rocche (rock!) vineyard. Highly recommended.

It’s very tricky to pick out just one sauvignon blanc and as it’s a grape that seems to find itself so often at the centre of mineral debate, I’m including one from the New Zealand and one from the Loire. Is one more or less mineral than the other? We’d love to hear… Pip the Brochet Facile Sauvignon Blanc against the Collectables Sauvignon Blanc from Walnut Block.

Bright and citrussy Sauvignon from the Loire valley

The biodynamic Reuilly Sauvignon Blanc is a great mineral example and even has fossils on the label too!

Loire Sauvignon Blanc, similar to Sancerre but with Chablis-esque minerality