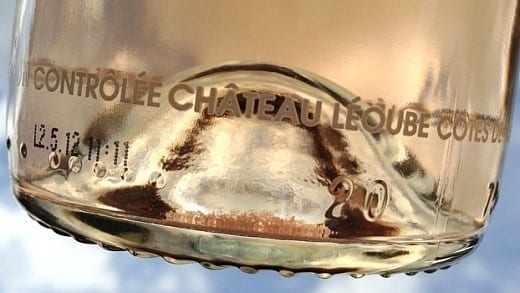 What exactly are wine diamonds?
Wine diamonds called ‘tartrate crystals’ in wine, are totally harmless and are at worst a mild nuisance…

Tartaric and potassium acids are found naturally in grape juice, and when they bind together to form crystals, they are scientifically known as potassium bitartrate (same as cream of tartar used in cooking). Now, very few of us have fond memories of chemistry lessons, so we’ll not get too bogged down with chemical reaction stuff!

All wines do contain organic acids (it’s a good thing), and though the names can sound off putting (malic acid, tartaric acid etc), their presence is natural and essential to a wines taste, mouthfeel and balance.

Chilling out
Tartrates in most wines are soluble and fully dissolved, but under certain conditions, either just after bottling or more commonly, when there’s a significant prolonged drop in temperature, they become insoluble, will crystallise and drop to the bottom of the bottle.  Pouring the wine carefully and leaving the very last dribbles of wine in the bottle will mean you never get any ‘crystals’ in your glass. You would do the same to leave sediments in a bottle of older red. You could even pour through a filter paper or muslin.

I recently dealt with a customer query on tartrates found in one of our Italian white wines. I even (rightly so) received the crystals in the post for identification and reference. Following up with the wine producer, he pointed out that even putting wines in the fridge at between 2-4degrees can result in formation of crystals in some cases.

Can crystals be removed?
More prevented than removed, as winemakers can use a process called ‘cold stabilisation’ to remove tartrates from white wine before it is bottled. If a tank is chilled to around freezing (between -2 and 2 degrees) and held at that temperature for a good few days, and excess tartrates will crystallise out, and be left in the tank, rather than possibly form in the bottle later. This is an expensive, energy rich process and some say that too much cold can strip a wine of its aromas and flavours. Not what’s best for the wine, but of course one can imagine with the more industrial scale wineries will go through this process, as returns from supermarkets would be too costly and damaging. I remember an early organic Australian producer telling me he found them useful, as they also act as a harmless and mild laxative!