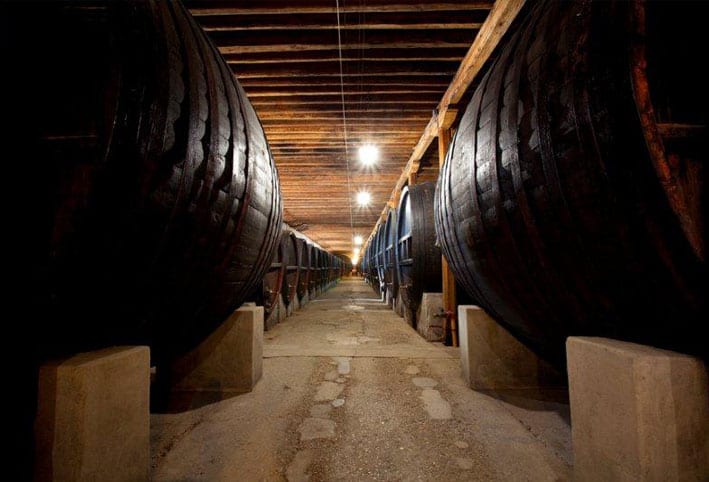 “There is more to Prosecco than affordable bubbles”. However, it is clear that the popularity of Prosecco in the UK continues to rise significantly. We are now consuming almost 70 million bottles per year. This figure is expected to increase to near 100 million bottles by 2021. Price, and a relaxed, easy style are clearly strong factors in Prosecco’s widespread popularity. 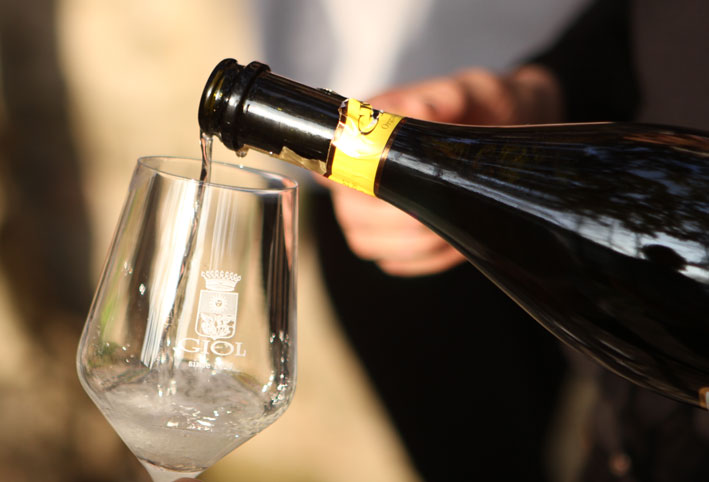 The name Prosecco is derived from the Italian village of Prosecco near Trieste in NE Italy, from where the grape and wine originated.

Prosecco DOC can be produced in any of nine provinces spanning the Veneto and Friuli Venezia Giulia on low-lying plains covering 20,000 hectares. Prosecco Superiore DOCG comprises two more strictly delimited zones – a) Prosecco Conegliano Valdobbiadene Superiore DOCG, which can only be produced in the Treviso province of Veneto from hillside vineyards between the towns of Conegliano and Valdobbiadene covering a total of some 6500 hectares, and b) the smaller Asolo Prosecco Superiore DOCG, produced near the town of Asolo. A top tier in the quality hierarchy is Superiore di Cartizze DOCG, sourced from 100 hectares of prime hillside vineyards. This is considered as the ‘Grand Cru’ of Prosecco. Indeed, land prices here have reached as much as 1 million euros per hectare to rival those of Champagne.

The wine is produced from the Glera grape variety (although small additions of other grapes are permitted e.g. Verdiso, Bianchetta Trevigiana, Perera, Glera lunga, Chardonnay, Pinot Bianco, Pinot Grigio and Pinot Noir). Unlike Champagne, the vast majority of Prosecco is produced using the Charmat method (rather than the Traditional method) in which the secondary fermentation takes place in stainless steel tanks rather than in bottle, meaning that the wine is much less expensive to produce. However, the regulations do permit the use of the Traditional method for DOCG Prosecco Valdobbiadene.

Compared to other sparkling wines, Prosecco is lower in alcohol, about 11 to 12 percent by volume. Stylistically it should be delicately aromatic hinting at yellow apple, pear, white peach, and apricot. Unlike Champagne, appreciated for its rich taste and complex secondary aromas, most Prosecco are intended to be consumed and enjoyed in their youth being best as a fresh, light and comparatively straightforward pleasure.

Styles of Prosecco DOC referred to on the label act as a guide to the degree of sparkle:

Frizzante – lightly sparkling, bubble fades fairly quickly but much easy pleasure to be had!

At Vintage Roots we also offer the great all -rounder (aperitif or to accompany lighter dishes, especially fish and shellfish) ‘Perla’ from Giol which is a very lightly frizzante dry organic white produced by Giol purely from Glera grapes. Sealed with a screw cap for maximum ease of opening, it is not classified as Prosecco even though it is made with the same grape variety and hails from the same region in NE Italy. Classified as IGT due to its lower level of sparkle.

The residual sweetness level of Prosecco varies according to the parameters below:

Winemaking was introduced to England by the Romans. More than 40 vineyards are mentioned in the Domesday Book, completed at William the Conqueror’s behest in 1086. In 1509, when Henry VIII was crowned, there were 139 vineyards recorded in England. 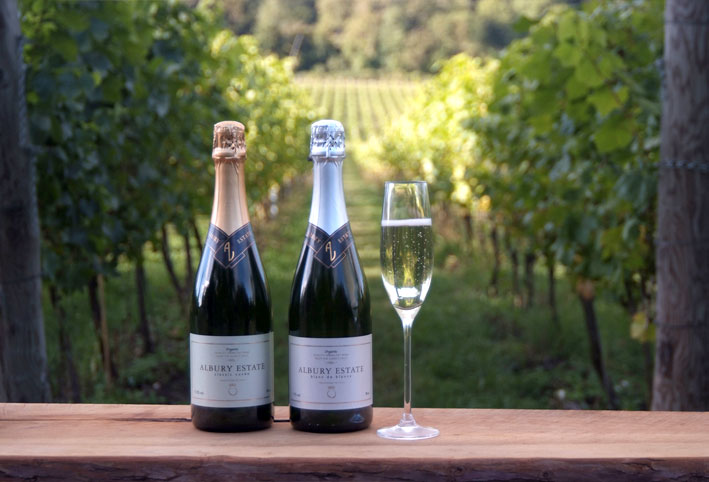 It wasn’t until the 1970s that slowly rising temperatures, improved winemaking techniques, and a growing contingent of grape- minded folk recognised that the chalky, south-facing slopes of Kent, Sussex, Hampshire, Suffolk, Berkshire and Cambridgeshire to plant high-quality, noble grape varietals. However, fine quality is also being produced outside the south/south-east with excellent producers also in the West Country, further north and in Wales.

Momentum really cranked up in the 1990s, when pioneers began to plant the grapes that are responsible for Champagne being the celebrated global ‘brand’ that it is. Talented winemakers, investment, increasing vine age, better knowledge of the best sites for each variety, climate change and quality production methods have laid the groundwork for the fantastic commercial success that English sparkling wine is currently enjoying. What is more, the cost of land in the UK is much less than in Champagne and there is no shortage of suitable land – IF farmers are willing to sell it!

According to the latest figures from English Wine Producers, there are more than 500 commercial vineyards and 135 wineries currently producing 5 million bottles of wine in England. This is up from 3 million bottles in 2011 – a 66 percent increase over five years! More than 2000 hectares of vineyards are now in production, a number that has doubled in the past 10 years and is projected to grow another 50 percent by 2020. Of the wine produced, two thirds is sparkling – 24 percent is still white and 10 percent is red or rose. Within the sparkling category, Chardonnay, Pinot Noir and Pinot Meunier account for more than 50 percent of the varietals used (the classic Champagne grapes).

And now the news that Taittinger is to become the first Champagne house to make sparkling wine in England is a huge boost to the rising reputation of English wines.

The production method used for the vast majority of English sparkling i.e. Traditional method is identical to that used in Champagne. Ageing time on the lees varies depending on the producer but with a legal minimum of 15 months. Many producers, including Davenport and Albury, choose to exceed this often maturing their wines for 2 or even 3 years.

“English sparkling wines definitely have their own personality and style,” explains Julia Trustram Eve, MD of English Wine Producers. “They have the elegance and freshness, but are also zesty and refreshing, with some lovely fruit definition as well. You can tell the quality in the wine from the elegant bubbles and a lovely zippy acidity to balance. English wine producers benefit from a long, cool growing season, enabling greater fruit development than other wine-making regions.”

The best sparkling wines are racier and more vibrant than many Champagnes because we do have a slightly cooler climate that allows for a naturally strong acidity – a key ingredient to quality sparkling wine.

We are not making Prosecco, Crémant, or Cava, because we are a cool climate, but neither are we making Champagne, even though there are striking similarities between the geology (i.e. the chalk of Hampshire, Sussex & Kent) and weather. The taste of English sparkling wine is unique.

What is more, we can drink and enjoy locally produced wines from locally sited vineyards. Few transport miles needed here!

Cava – a focus on quality and individuality

A few facts and figures to start:

With a history dating back almost 150 years, sparkling wine production in the Penedes region of Catalunya i.e. Cava DO now covers 33,000 hectares of vineyards with more than 6000 grape growers. Cava can be produced in Penedes (97% of the total) as well as Alava, Badajoz, Barcelona, Girona, La Rioja, Lleida, Navarra, Tarragona, Valencia and Zaragoza. All wines are produced by the Traditional method (as per Champagne). A high degree of mechanisation as well as lower grape and land prices enable Cava to fight at more accessible price points. 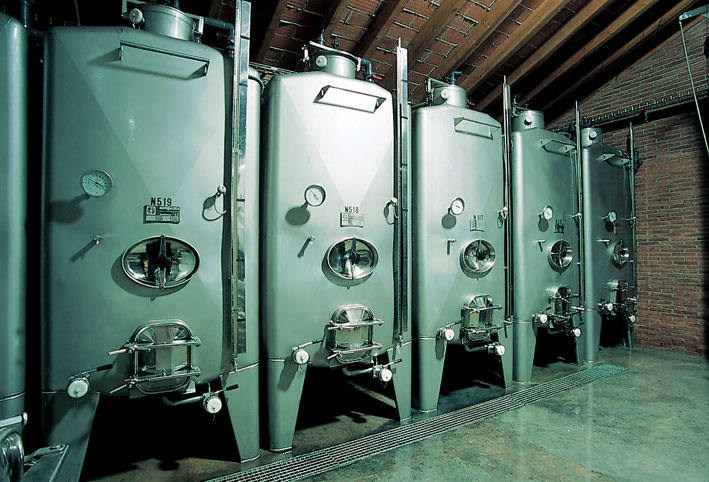 The minimum ageing requirement for this well-established Catalan Traditional method sparkler is 9 months on lees for the ‘standard’ wine, 15 months for the Reserva and 30 months for the Gran Reserva.

Average price of land €60,000 per hectare (compared to Champagne or Prosecco DOCG Cartizze €1.5-2 million per hectare)

For so long the predominant image of Cava has been inexpensive, relaxed enjoyment without any real focus on its individuality and pedigree. Rising costs of production, rising costs in the supply chain and the weakness of the pound sterling post Brexit have put pressure on the once sacred sub £5.00 retail price point. The new, more rewarding horizon is to promote quality and personality potential rather than simply fighting a price point. With Prosecco maintaining its ‘popularity’ vote, Cava needs to compete on a new footing in order to ensure a more sustainable, meaningful future in the UK marketplace.

Encouragingly, recent trends have focused on:

Extended ageing on the lees.

Notwithstanding the entrenched footprint of Cava in the marketplace, not all producers agree with the operating rules of the Cava Designation of Origin. Therefore, a couple of years ago a few quality minded players decided to create a new quality designation – Clàssic Penedès was born.

Clàssic Penedès is a sub-classification within the Penedès DO stipulating strict criteria for the production of sparkling wines. An essential priority of this new quality label demands that, from 2017 on, all grapes must be produced by organic farming. As far as the winemaking process in concerned, the Traditional Method is still law, however there is also the possibility of using the Ancestral Method (an ancient technique for making sparkling wines – wines made by this method see the fermentation process, which produces the carbon dioxide, occurring in the bottle. Grapes are partially fermented in tanks and then bottled along with the remaining yeast and residual sugar. Secondary fermentation occurs in the bottle using up much of the remaining sugar to produce a fresh, dry/off-dry sparkling wine.)

Moreover, all Clàssic Penedès wines must be vintage wines, and they must have their disgorgment date printed on the label. A minimum ageing period of 15 months is mandatory. All this is aimed at focusing on terroir and quality. Three producers were behind the introduction of this new designation, including Albet i Noya – but why change from the globally recognised Cava brand? Their simple answer is that they believe that the reputation of the  Cava name has been diluted. These days, the common association of the name is more with cheap bubbly than craft wine. Anyone working in restaurants can attest to this: for affordable fizz, turn to Cava or Prosecco. Currently, there are 17 producers who have joined their ranks, four of whom previously produced wines under DO Cava. The new classification was officially established in 2013, but if a prior vintage meets the requirements, it also can be released as Clàssic Penedès.

The UK Government currently chooses to tax fully sparkling wines at a higher rate than still wines as it is deemed to be a ‘luxury’ product.

Semi-sparkling wines closed with a ‘straight’ cork (i.e. not ‘mushroom’ shaped) and a string tie carry the same tax level as still wines i.e. £2.16 per 75cl bottle, thus having a distinct price advantage over their fully sparkling cousins.