Ales and bitters come in a wide range of styles, from light amber bitters to full-bodied, strong vintage ales. Good ale doesn’t begin at the brewery; it begins at the farmstead where the ingredients are grown. Sustainable farms are where naturally cultivated hops and barley are produced. Sustainability and flavour really do go hand in hand as everything that goes into the ale is pure and not diluted with traces of synthetic chemicals and preservatives.

So what distinguishes ale from other beer varieties? Of course, no two ales are alike, though seasoned drinkers can often taste a hint of floral hops with a subtle hint of bitterness. Most describe ale as a medium to full-bodied beer with an aftertaste of caramelised malt. Most varieties have a pleasant, crisp finishing note enhanced with a fruity edge.

If you love ale, then you may also naturally gravitate towards bitters, which belong to the ale family. Like ale, bitters also utilise top-fermented yeast but usually have a drier texture and are also lightly carbonated. With bitters, some of the hops are also added late in the boil. This gives the drink various aromatic qualities depending on the quantity of hops added at various stages.

Finally, as you can probably guess, bitters have a somewhat higher bitter tasting profile. Depending on the brand, it may also have a noticeable sour or bittersweet note if fruit or citrus ingredients are part of the blend. Why not try using ales or bitters in place of wine for cooking, they can add wonderful flavours to stews and sauces.

Both ale and bitters originated in medieval England and was a staple in the everyday peasant’s diet. In fact, it was the most common provision next to bread. Today, though, English ales and bitters are enjoyed by the common man and the wealthy alike. Other variations from countries including France and Scotland have also produced their own variants with their own distinct tasting profile. Regardless of whether you prefer ale or bitter, both are best enjoyed when an organic brand is consumed. Opt for organic to truly enjoy the drinks in their most pure and refined state.

This top-quality ale continues to be hugely popular.

The product is already in the wishlist! Browse Wishlist
Close

Full-flavoured, lower-alcohol, gluten-free craft beer – what’s not to like?!

Brewing excellence from a brewery with a 900 year history. Gluten Free

The English Target hops, coupled with its unpasteurised condition give this great ale outstanding clarity of aroma and intensity of flavour.

A very welcome return of a beer we used to stock in days gone by.

A traditional copper coloured, full-bodied bitter from the small independent brewery of St.Peters. 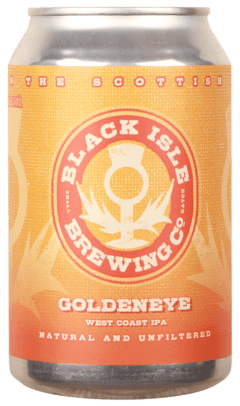 This elegant, light beer is backed by the impressive essentials of traditionally farmed English malted barley and organic hops from New Zealand, which fuse to produce a bittersweet flavour with floral overtones and a dry finish.

Finest organically grown barley and wheat are used to create a complex ale which, having undergone primary and secondary fermentation with different yeasts and extended maturation, is taken to Samuel Smith’s small, independent British brewery at Tadcaster.